Freedom of Expression, Sovereignty and Interdependence 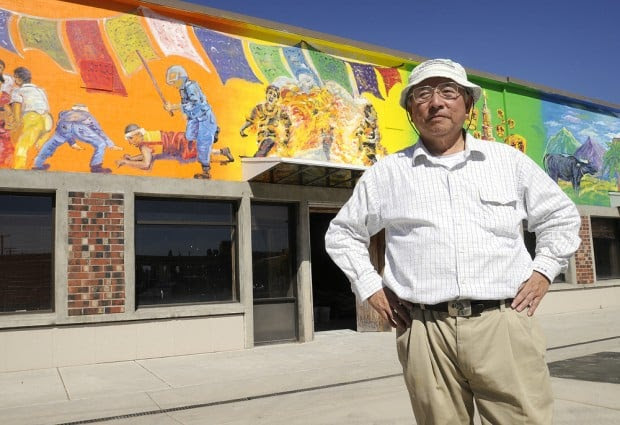 There is an interesting story (see here and  here and in Forbes here and  SCMP story here [requires subscription] ) about a Taiwanese-American who had a mural painted on his building in Corvallis, Oregon, promoting independence for Taiwan and for Tibet. According to news stories, the Chinese Consulate in San Francisco wrote a letter to the Mayor of Corvallis asking her get David Lin to take the painting down. She wrote saying she did not have the authority to do that, since it is protected free speech, so the consulate sent two officials to meet with the mayor (presumably to pressure her, though one news story mentioned that they did not actually ask her to have the painting taken down). This, somewhat predictably, has led Oregon's politicians to line up to blast China.

Perhaps most surprising in this story is the idea that China's diplomats, who are a pretty savvy bunch, nowadays, thought that the mayor could somehow have the painting removed. This shows a surprising lack of understanding of the American political system (not to mention the Constitution).

But of course, that is not the way the Chinese government would see it at all.  It sees the picture as seditious. It is offended by the images, and feels compelled to register its protest. In this case, its protest has had the unintended consequence of publicizing the painting, and the issues it promotes. It has cost China PR points in the US, making China seem to be excessively assertive and to be attempting to undermine American values such as free speech.  Chinese nationalists and the government, however, see the sentiments in the painting as beyond the pale, beyond what can be protected as free speech. But by seeking to express that position in the US, it has undermined its interests. (While not as extreme, it does remind me of the Qing government's attempt to arrest Sun Yat-Sen in London with the claim that he was a criminal. There too, the Qing's bungled attempt led to Sun becoming world famous.)