Athletes Are not Heroes 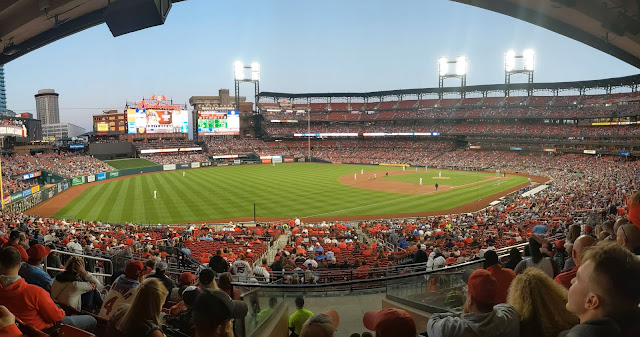 One of the impressive aspects of the St Louis Cardinals baseball organization is their farm system, meaning the organization they have in place to select, train and prepare their young players for the Major Leagues. As a result, the Cardinals are never a bad team; they are not like the Marlins or Cubs, who have sold all their good players once they win a championship. Being consistently above average maintains fan interest in the team: St Louis has been second or third in attendance in the National League in most years, which is pretty good for a small-town market.

The Cardinals’ two stars, however, are actually on the team as the result of trades. First baseman Paul Goldschmidt was traded from the Arizona Diamondback in 2019, and 3rd baseman Nolan Arenado came from the Denver Rockies in 2021. They were both named to the All-Star game last week, and are having phenomenal seasons. Goldschmidt is batting .333, and Arenado .299. Both are outstanding defensive players, with Arenado making unbelievable off-balance throws all the way to first base.

Equally important to me, both are humble and team players. When Goldschmidt had streaks of 25 games with a hit and 46 games on base, he repeatedly told journalists that he did not care about these personal accolades and that all that mattered was that the team won the game. Both seem to be team players.

So it is with great sadness and disappointment that I read today (also here) that both Goldschmidt and Arenado will not be traveling with the team to play against Toronto because they have not been vaccinated. Canada requires all people who enter the country to show proof of vaccination. They will forfeit their pay over those two games, but given their importance in producing runs for the team (a desperate need for the team), they will sorely be missed.

But what disappoints me is not that the Cardinals will more likely lose the games, but what it says about the players. The Cardinals did not give an explanation for Goldschmidt’s vaccine refusal, but apparently he’s an evangelical Christian, so perhaps he’s influenced by that community’s vaccine skepticism (though Tommy Edman is also an evangelical, and is vaccinated). In Arenado’s case, the team president, John Mozoliak said Arenado “was hoping to begin a family with his wife and for him it was a personal decision, and we honor that.”  Of course, there is no evidence that getting vaccinated against Covid has any effect on fertility or a baby.

I believe in being civil and polite, so try to respect other people’s opinions. But I always struggle with how to react to opinions that are illogical and/or unscientific. I do realize that today’s scientific consensus may turn out to be wrong, so we cannot be doctrinaire about science. But how are we supposed to react to people who thumb their noses at not only at science, but also at the rest of society, because by not being vaccinated, they undermine “herd immunity.” They are making their bodies available for the Covid virus to spread and mutate (hence Canada’s immigration rules). At what point do we start condemning people for their irrational and anti-social beliefs?

They will both be penalized financially. “Arenado will forfeit $384,615 of his $35 million annual salary for the two missed games, while Goldschmidt will lose $285,714 of a contract that pays him $26 million in2022.”  I respect people who stick to their beliefs despite financial costs. But in this case, given that there is no evidence to support their skepticism (but plenty of political misinformation and pseudoscience), how do we balance respect for other people’s beliefs with an insistence that the truth matters, and that social responsibility is important?

My respect for the two of them has plummeted. This is a reminder of why athletes are poor role models: they are lauded for performance in a sport, and that has little or no bearing on other aspects of life. They may be famous, but they are not heroes. They may even be knuckleheads.